Teaching online and its lessons 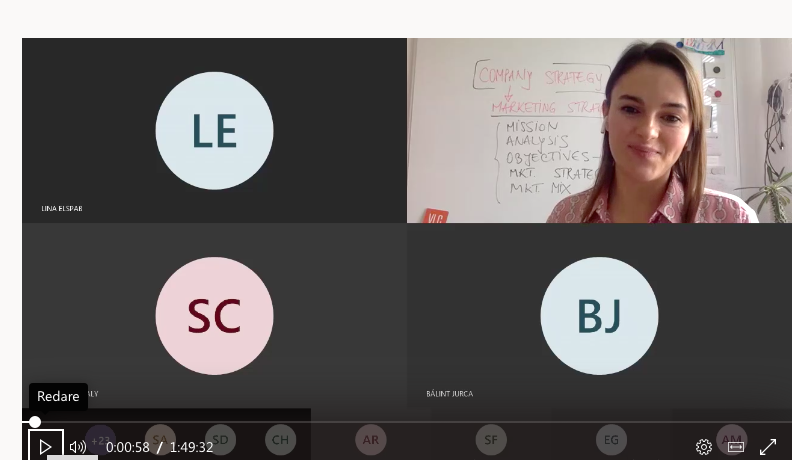 Sometimes, I love being  a professor; Other times, I’m not feeling that love. I’m hiding this change of feelings behind the idea that “it depends on the students”.

This is my mantra “Teaching is like a relationship“. And as with any relationship it takes both partners to work for it, to dance the dance. So, when I’m feeling down at work, I’m investigating if I did everything I could, and if the other one, in this case the students, did their part.

March 13th lockdown started in Spain. After a week of holiday, on the 20th I had to start teaching again. Sorry, please delete “again”. I had to teach. Online.

Teaching online was and still is threatening. If going to classes was a pure joy (most of the time), looking at the “Join Now” button on the Microsoft Teams screen it felt like going to a trial. Where I was the guilty person:

Some keywords about the virtual connection

SILENCE: It was so hard to get used to the silence. It was that silence after saying Good morning! and then waiting; the silence after asking a question, while thinking “Oh, please somebody say something!”; the silence after saying “Is this concept clear?” or “Do you want another example?” and then again silence… and of course, I was given another example, just in case. Those moments were some seconds, but who has nowadays the patience to wait some seconds? Who can wait seconds for a response, when in person I was having constant, constant feedback. If you look into the persons’ eyes, you constantly have an answer.

FEEDBACK: Yes, let’s talk more about that! If you really see your students while teaching, we have constant feedback; and yes, it’s real, raw feedback. Well, in the virtual teaching I had to get used to no constant feedback, sometimes no feedback at all. If in the classroom maybe 10 out of 50 would participate, in the digital version, that number would be in half and some OKs in the chat. And of course, I was doubting and questioning myself about the real meaning behind that “OK”.

VULNERABILITY: In the lack of feedback, I converted myself into a cheerleader. A side of me awakened and started to whisper “It’s OK Andreea, move on! You are great! No worries, they are there, they are listening, move on, no worries (now!)” This was for my classes taught in English. Because for the classes taught in Spanish, oh, I created a true band of cheerleaders to encourage me that everything was fine.

Even more vulnerability about teaching online

EVEN MORE VULNERABILITY: I didn’t mention yet that all my classes were recorded. I didn’t mention yet that I was afraid of making mistakes in Spanish (hmmm, interestingly I said “I was” as a past thing). The idea of making a mistake in Spanish (either grammar or pronunciation related) was the biggest fear and nightmare for me, during my interactions in Spanish. Even before the online teaching. Well, guess what happened during the online recorded classes taught in Spanish? I had to do them. I had to find something in me to keep me going, despite the fear, despite everything. I fed my (self)cheerleaders constantly so they would help me when I was struggling to find the right pronunciation or the right form of the verb.

As an extra: In this entire process my husband helped me more than I helped myself by telling me some clear few ideas that changed me for lifetime:

MONOLOGUE: That was another big hit for me. From the first class, I usually tell my students that my classes are all about interaction, dialogue, exchange of opinions, and that I don’t do monologues (not for more than 15 minutes) and that I don’t like monologues. Well, hello, Online teaching! How would I create a dialogue when I would have to wait those seconds 5 or 10 until someone would say something? On, no! Of course, I tried once, twice, but that silence was too weird to repeat. Therefore, I had to adapt and do monologues. And luckily, it wasn’t that bad since I like to talk 🙂

How teaching online transformed me

The silence during the classes made me convert those 4, 5 seconds of waiting into mindfulness moments. I got used to and even got to enjoy the silence, the waiting for an answer while I was connecting with my breath and staying there, in the moment.

The no-feedback taught me to move on with no feedback. It’s OK with having no feedback: no pasa nada!; and trust that some day the feedback will come (and it did).

Doing the work despite my fear of making Spanish mistakes, made me embrace the vulnerability, breath into it, and realising that I’M NOT THE CENTER of the world/classes. And the teaching process is not about ME, but about the connection and the things we learn from each other.

I got used to the monologue and I have to admit that at some point I was actually enjoying talking freely, without being interrupted by rolling-eyes, by hungry students, by addicted to phone students … 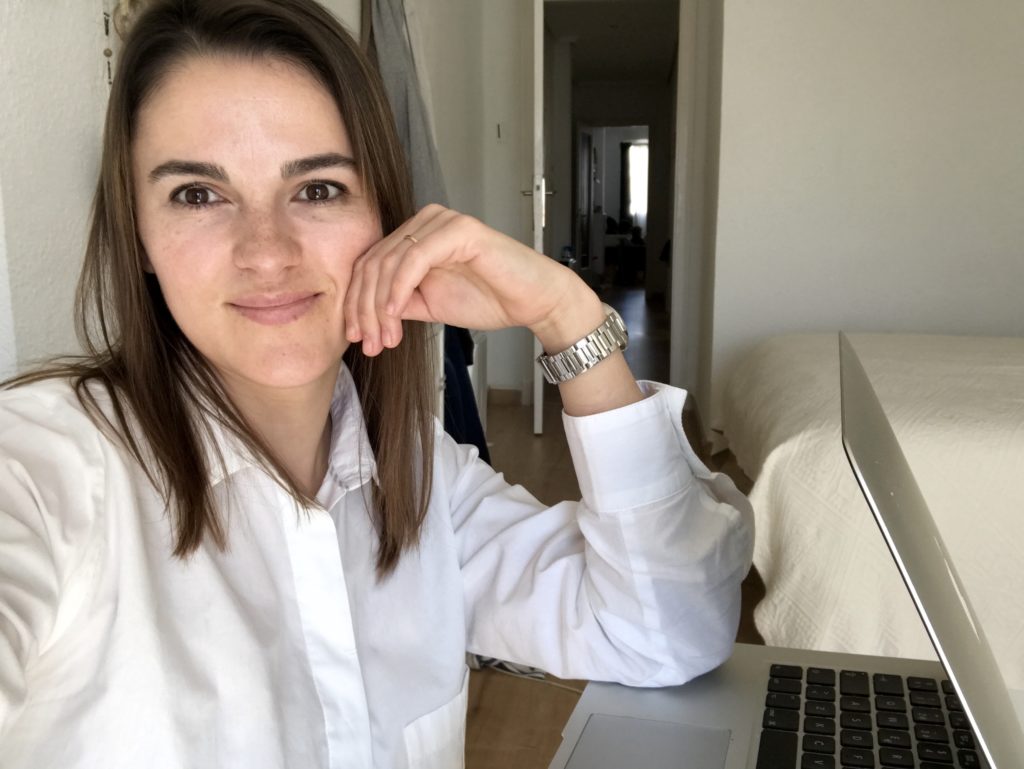 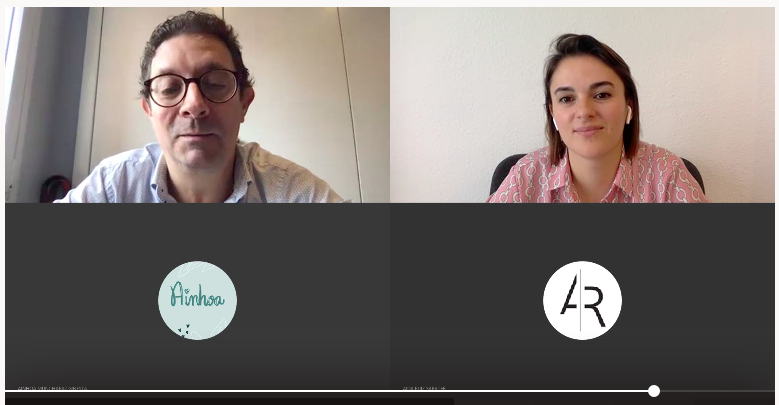 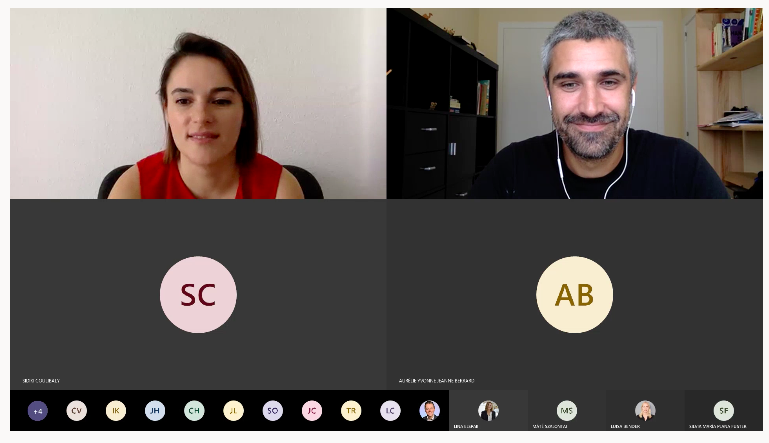 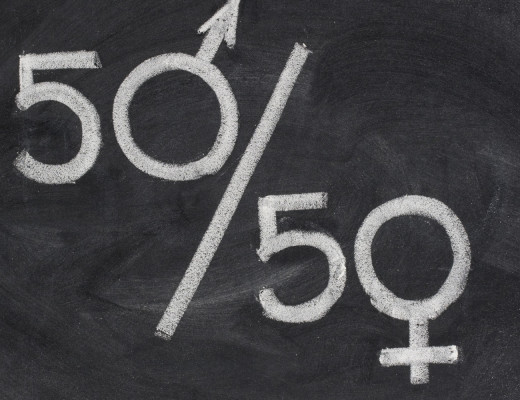 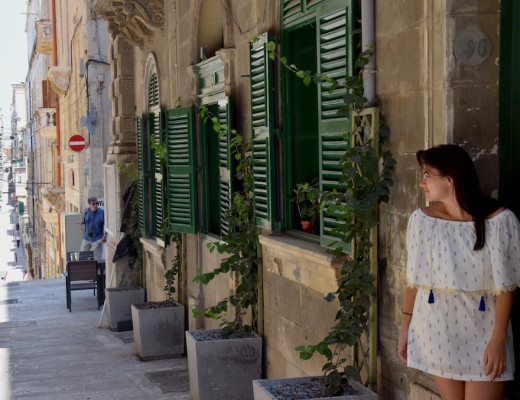 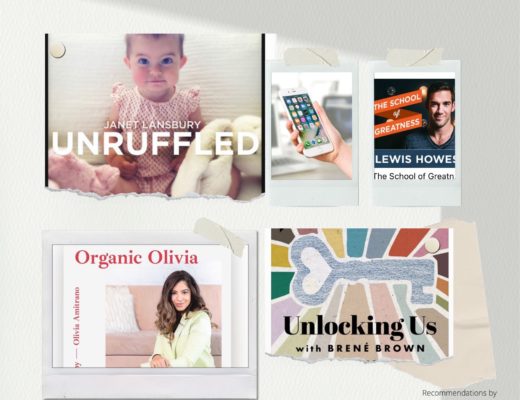 Podcasts with thoughts that may change your life